It seems that the Dose section of the Drug Order form is multiplying itself by the Drug Dose from the Drug csv - so if I order 250mg/day of Cipro 250mg, this becomes recorded as 62500mg in the patient chart.

Similarly, if I order 5mg/day of Morphine 10mg (i.e. half a pill), this becomes 50mg. Some patients do take such high doses of morphine but for most people this dose would be fatal. Thus we cannot release to O3 until this bug is fixed.

Screenshots: (reproduced on dev3 and test3; and these screenshots are from a demo on Sam's local 2 months ago but are the same behavior right now) 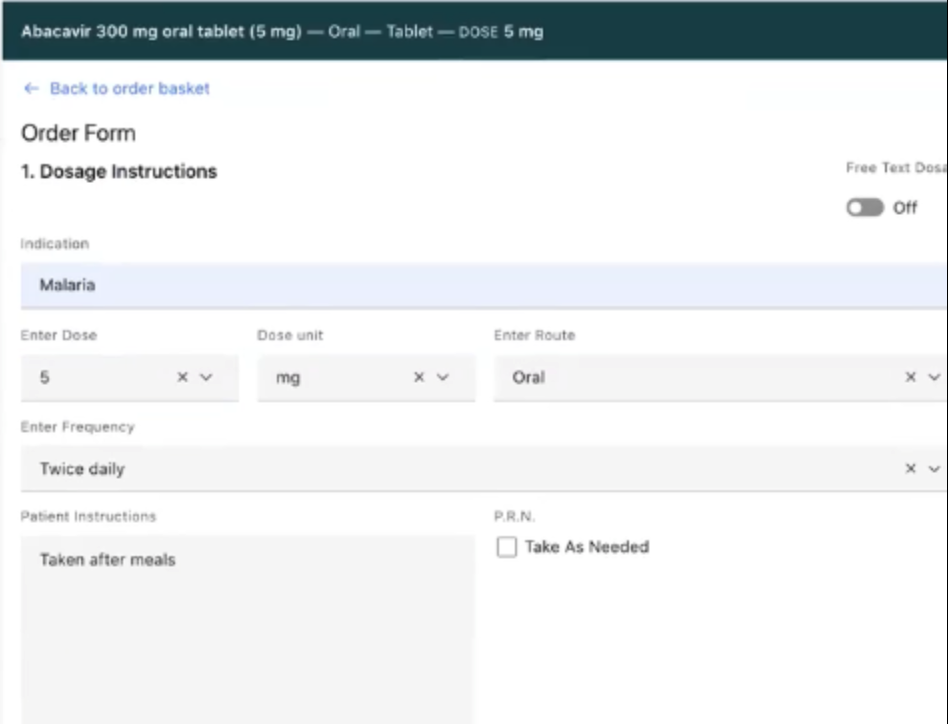 But now in history/active medications shows as "DOSE 1500mg":