I've been working with the webserivces.rest module for the past few days and I've been getting a lot of errors generated by the API docs screen about missing references within the swagger document. See screenshot taken from QA ref app 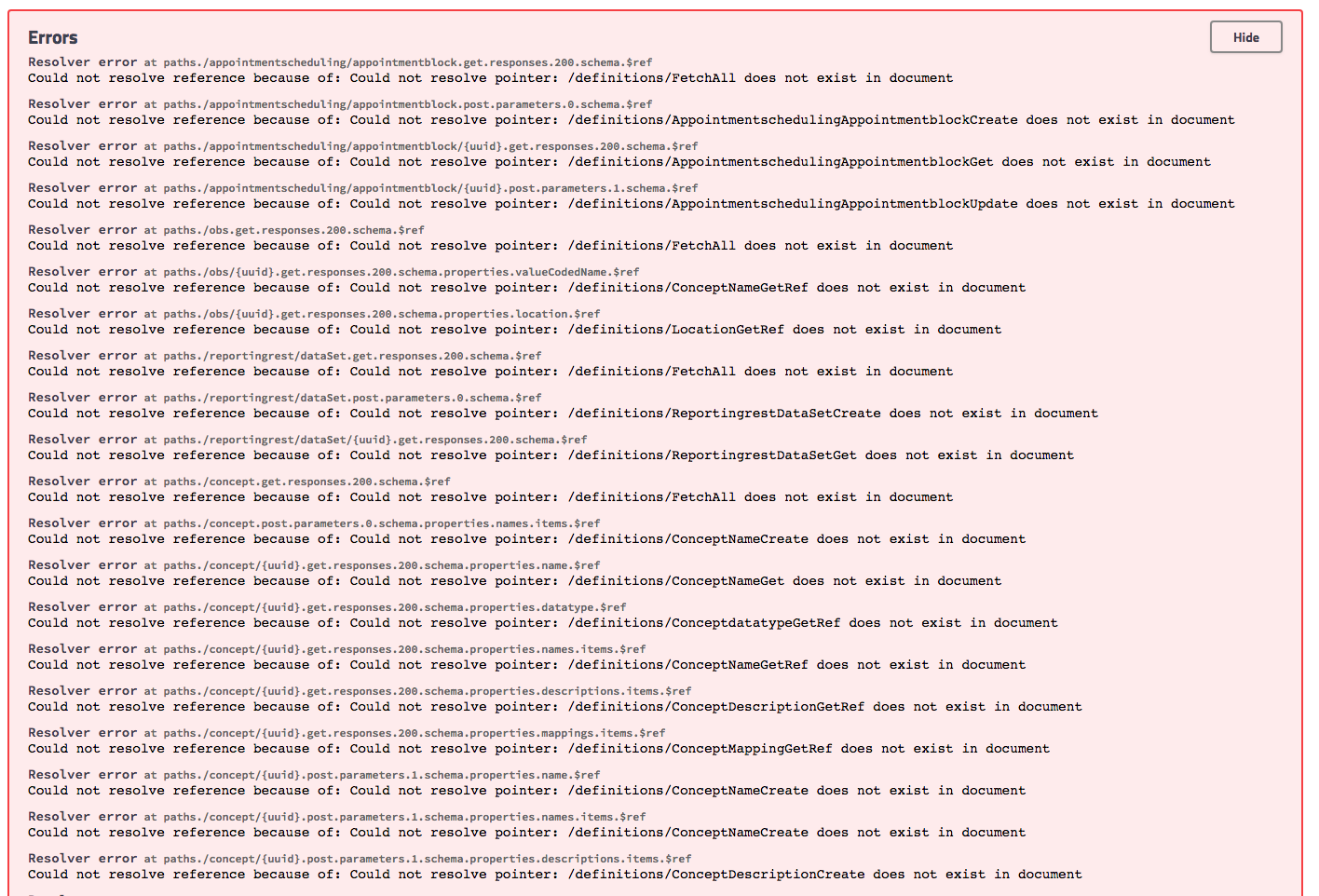 Upon further investigation there appears to be two causes to this:

I have successfully reproduced the error with a debugger connected and all error caused by 1 are eliminated by a simple fix. A test has been created to ensure none of the core methods throw an exception, but I'm now wondering if it would be beneficial to fix how the exceptions are dealt with to provide some useful feedback to module developers.